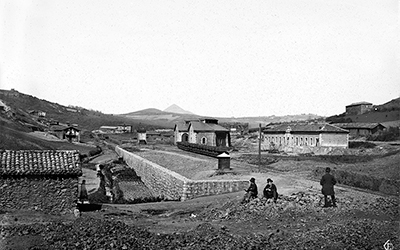 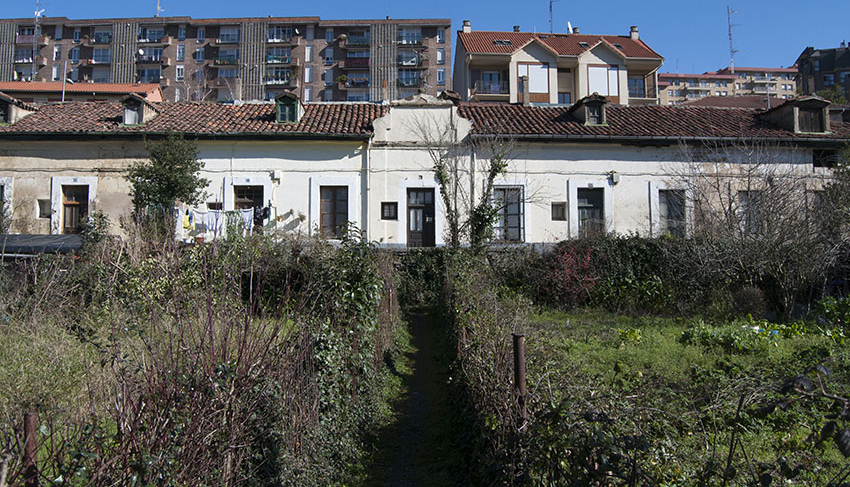 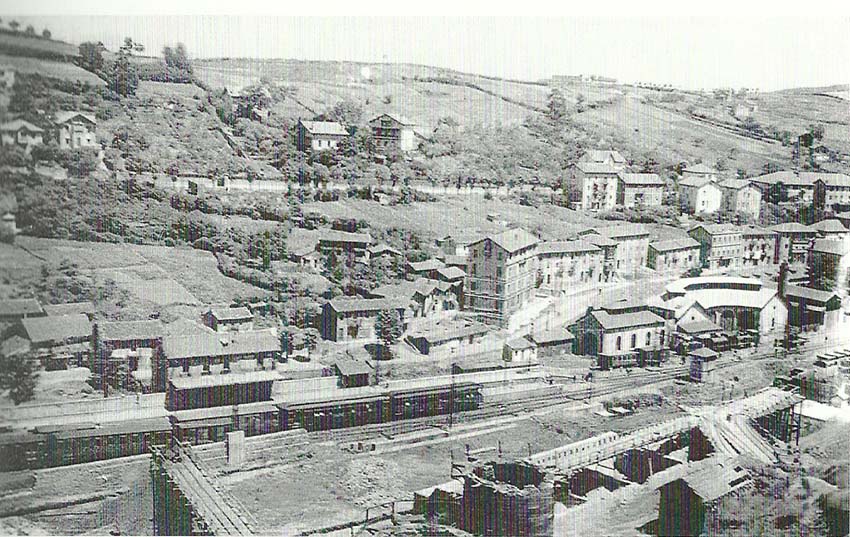 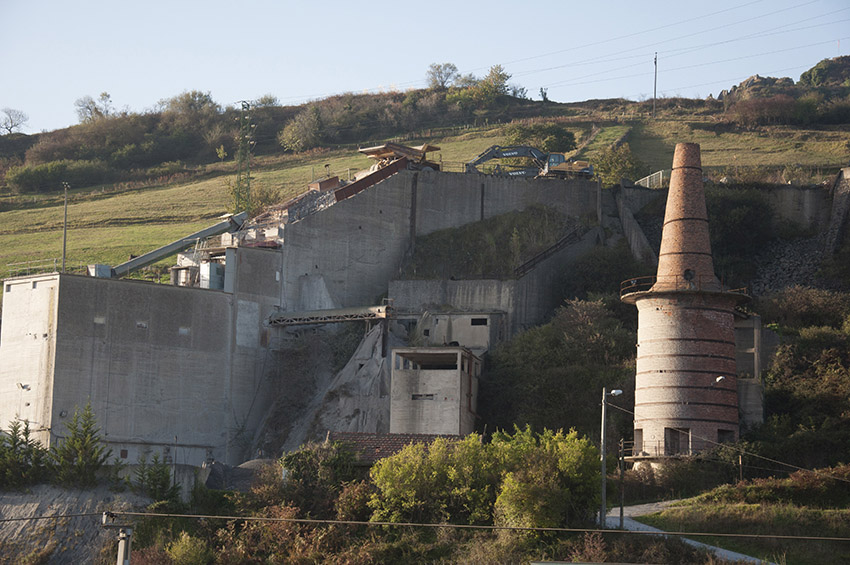 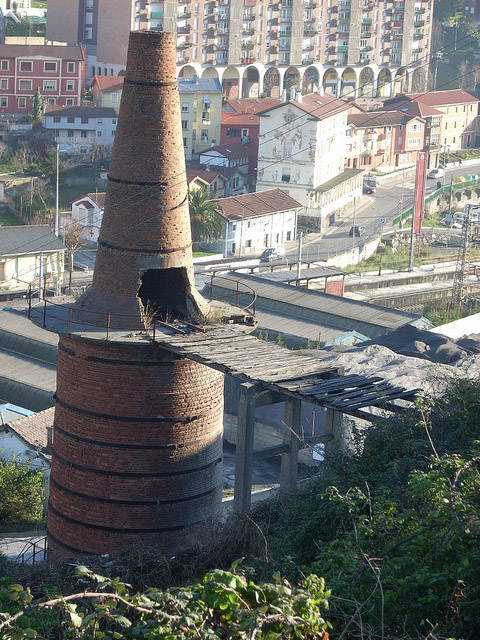 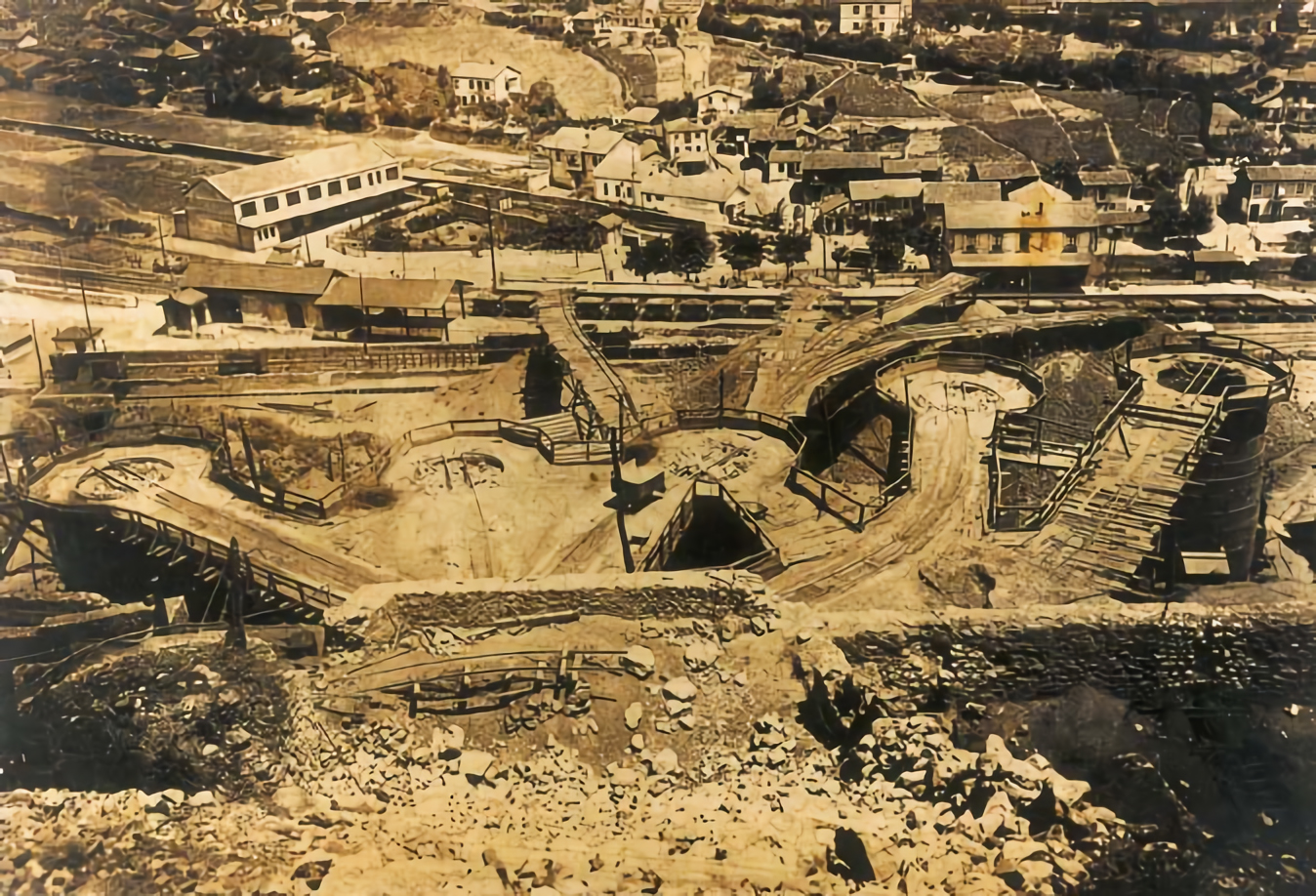 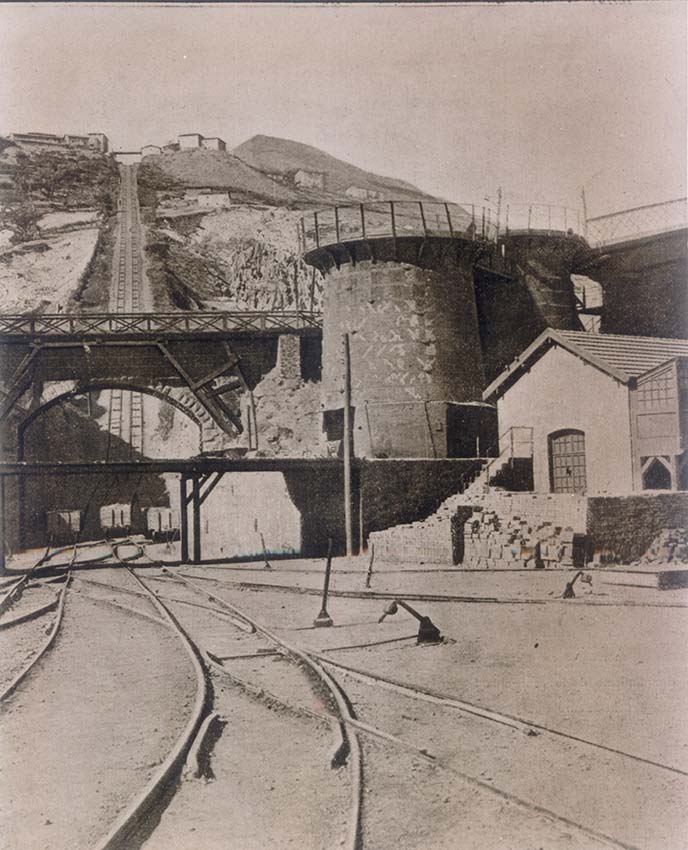 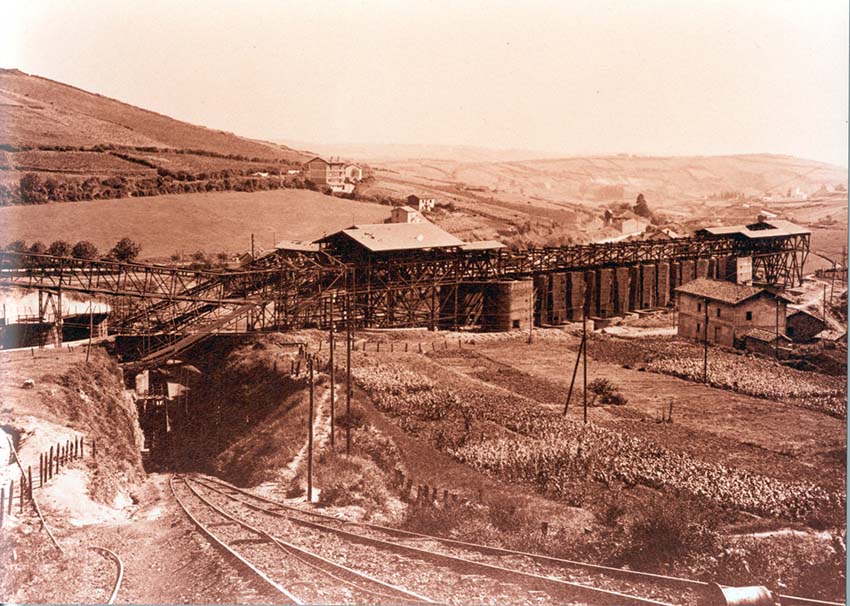 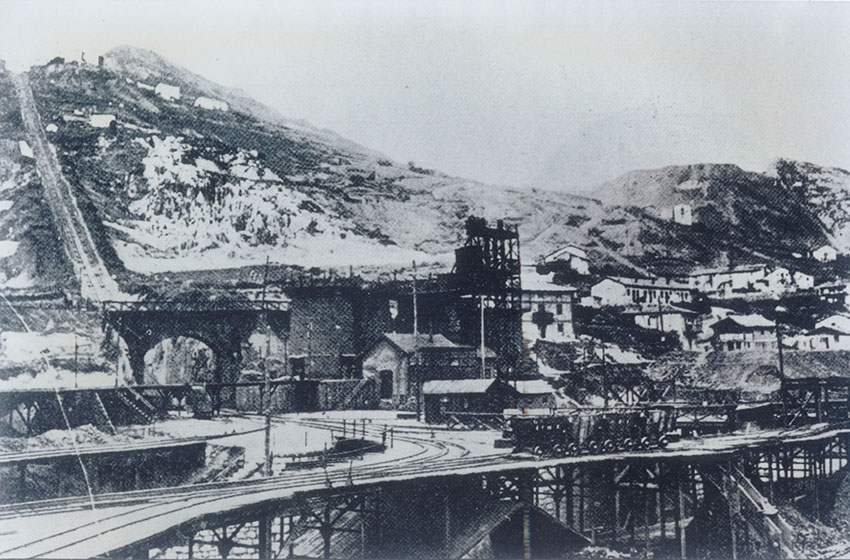 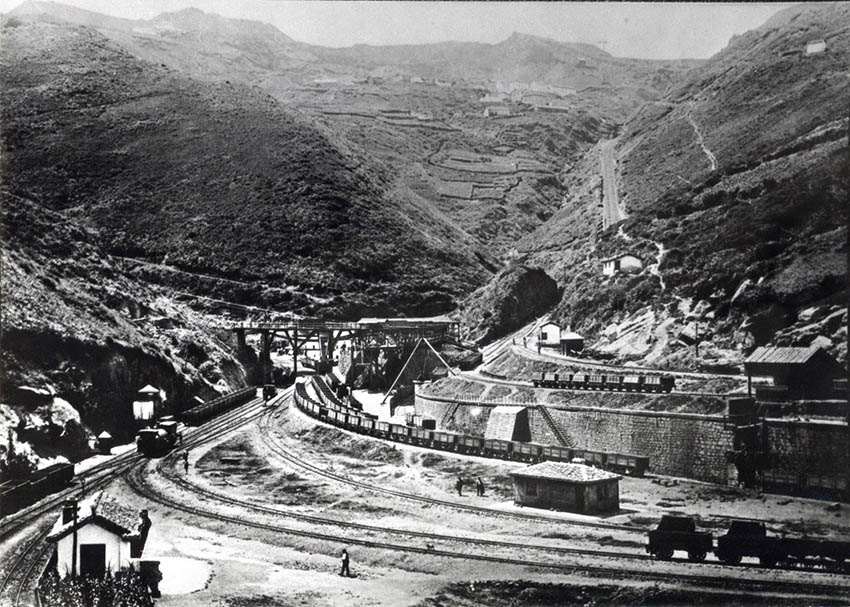 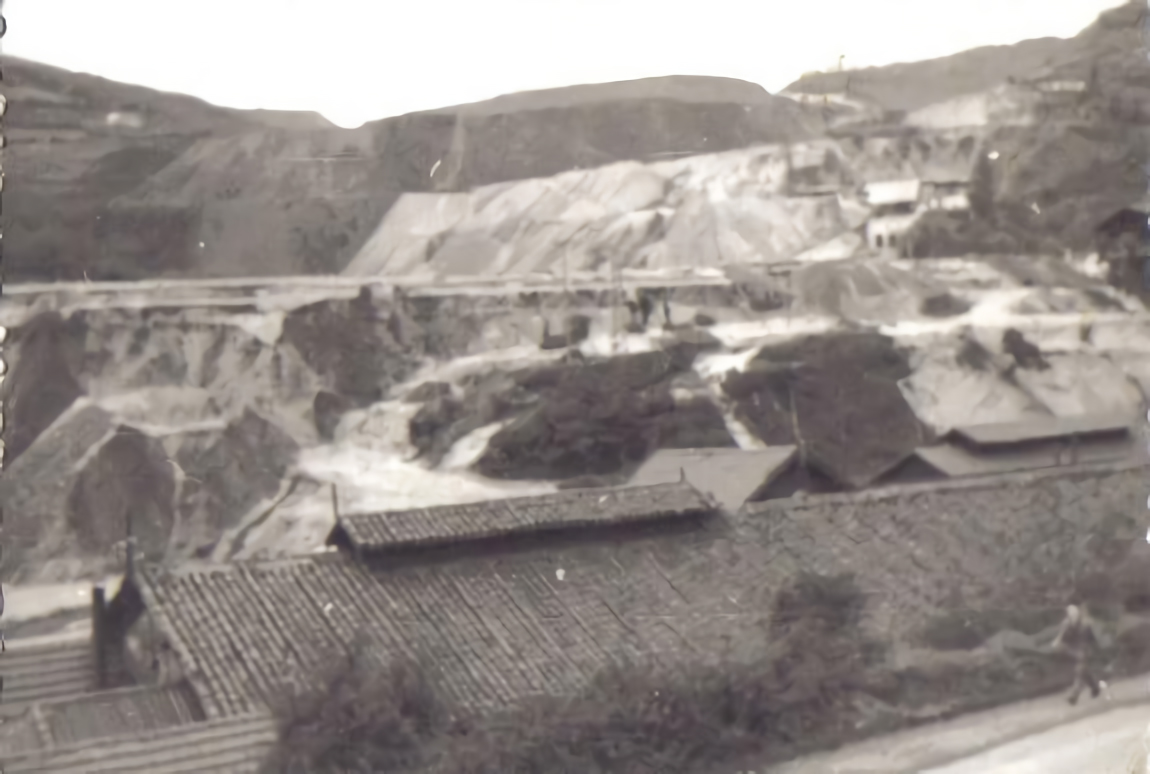 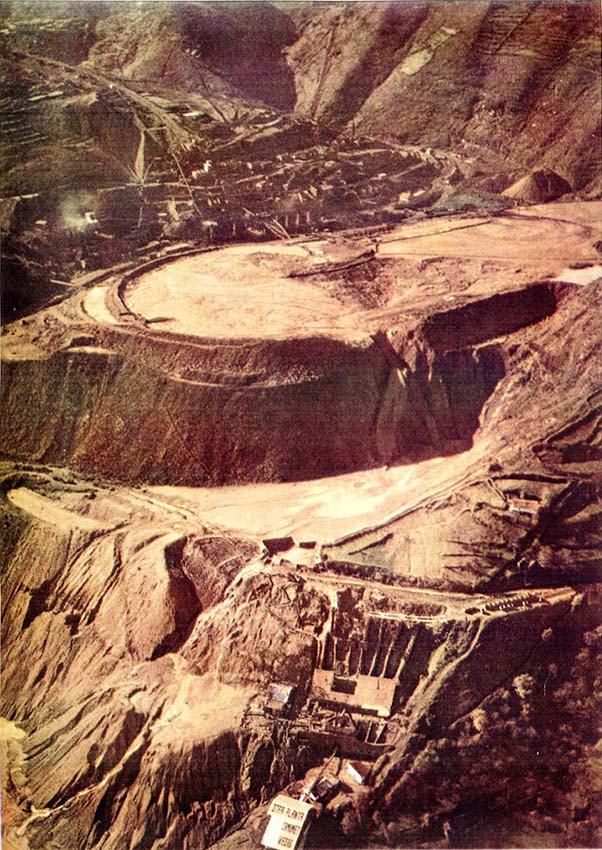 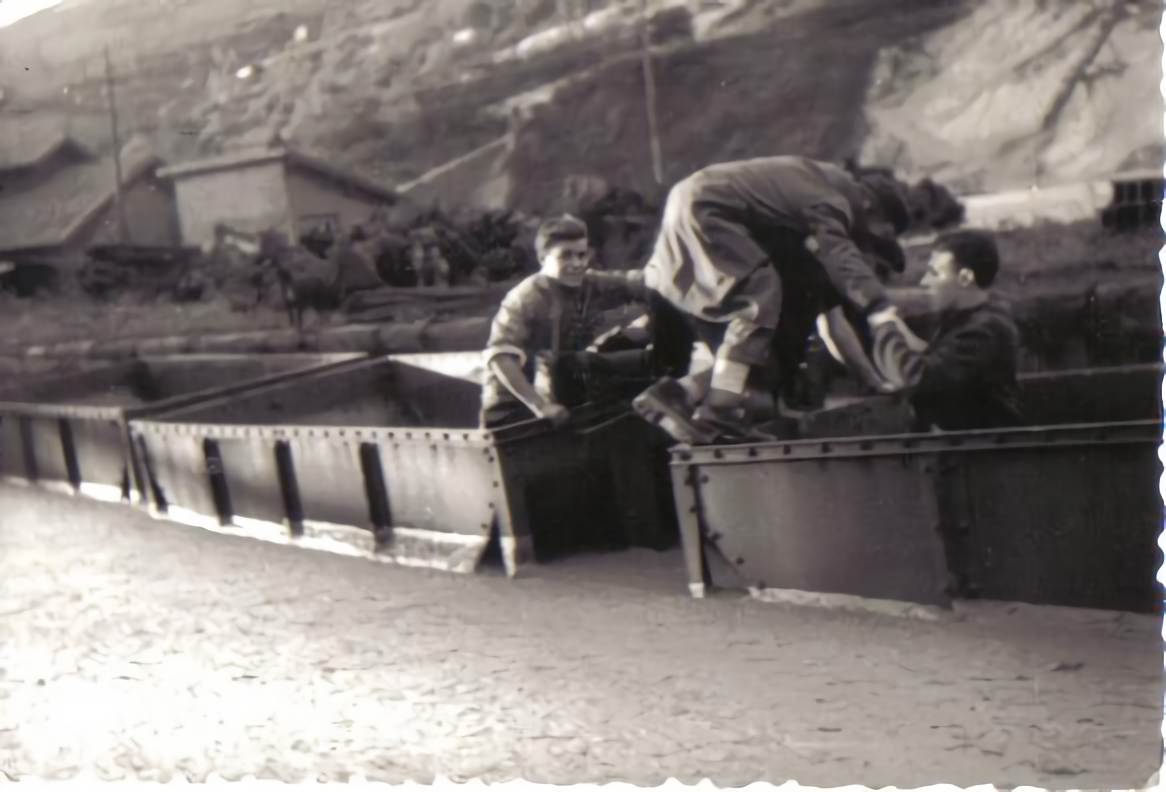 Take the road that goes downhill next to the Mining Museum. You walk through an area that has now been turned into an industrial estate, but which previously was full of the kilns, washeries and other mining facilities, and you reach Ortuella station, with its train line that runs down to Bilbao.

Ortuella was a crucial point in redirecting the ore to the many loading points along the river. Opposite the station, if you cross the railway lines, you can see a kiln (6) dating from the middle of the twentieth century. However, the most interesting rehabilitated set of buildings is 1 km away, in the Granada industrial estate; two Apold-Fleisner kilns (7) converted into a centre for the interpretation of this technology and declared of Cultural Interest in 2008. Built in 1961 by the Franco-Belga company, they are formed of twin buildings which contain the kilns and a central structure attached to them. Moreover, there were metal stairs on the outside, allowing access to some floors from others and access to the different platforms, now gone.

It was for calcining iron carbonate, in order to achieve higher grade ore. The ore was transformed using hot air at 800°C, blown directly in by blowers at half height, and its construction was inspired by Austrian and Italian models, adapted to the specific needs of the Biscayan ore. This new production system was an evolution over the old kilns, allowing effective transformation of the ore without needing to mix the load with any fuel, which gave better results.

To return to Bilbao, you can catch the train at the nearby station of Sagrada Familia. 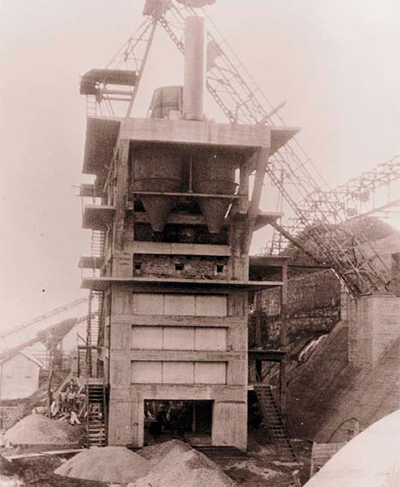 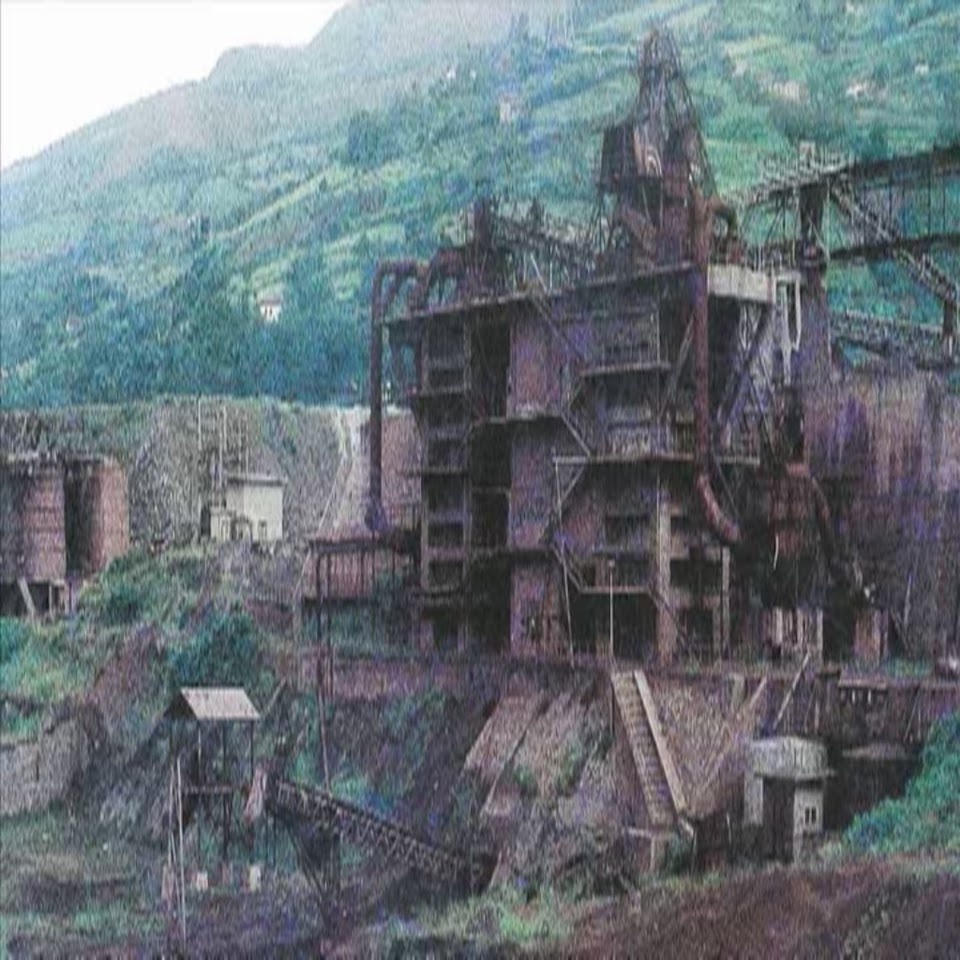 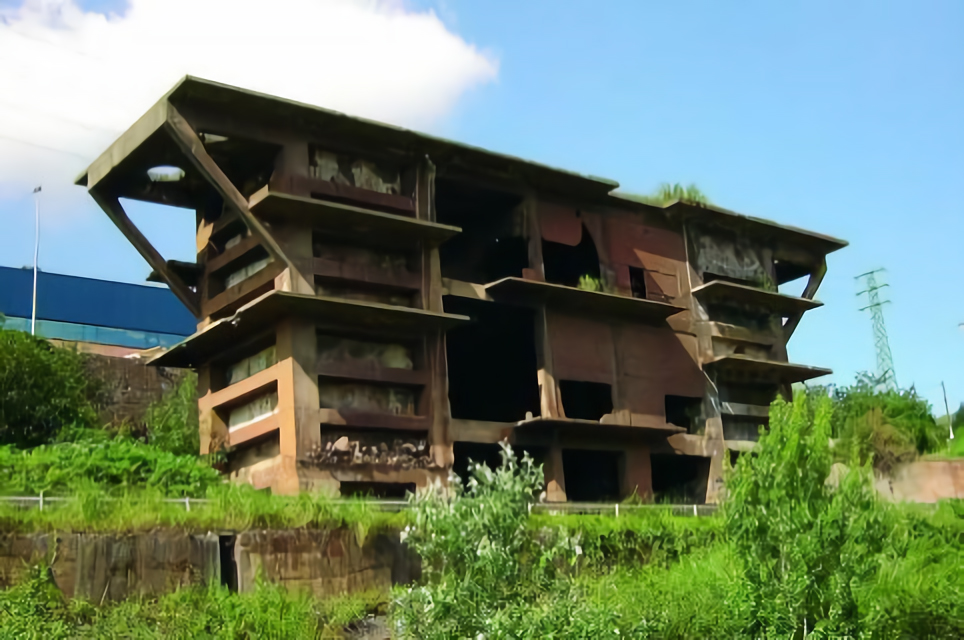 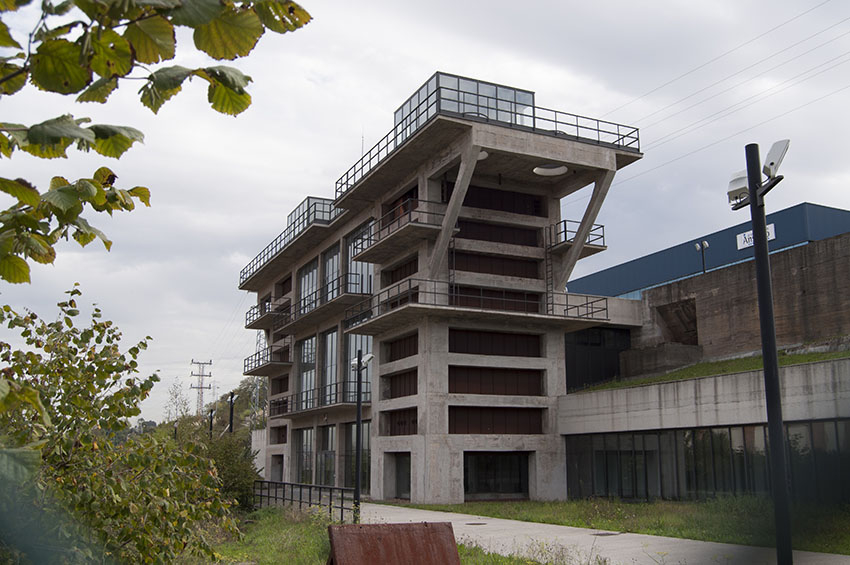