Bizkaibus: A3336 (Bilbao-Muskiz). Get on at: Hurtado de Amézaga (in front of Abando station). Get off at: Bus Stop 674 (in front of Valley of Trápaga - Trapagaran Town Hall). 300 m from the funicular railway

THE SOURCE OF BIZKAIA’S WEALTH

This route takes us to see the mining remains of the richest vein of iron ore in Europe; it was also the cheapest, because it was opencast. It was ore with very low phosphorus and with a high concentration of iron (there were different types, including ore known as "the vein" or hematite, which was 60% iron, "campanil" or goethite, which was 55% iron and "rubio" or limonite, which was 53% iron).

This was wealth that had been known about since ancient times, as shown by the Roman remains found in the area. The Roman historian Pliny the Elder (1st century AD) talked about a mountain of iron. "In the part of Cantabria which is bathed by the sea there is a rugged high mountain made all of iron, an amazing and wonderful thing."

In the Middle Ages, a whole network of commercial routes built up around the ore, with iron sent to the rest of Europe through the monasteries, which helped shape the image of the "Biscay iron" made in the foundries here. More intensive exploitation of the ore came from 1865 onwards, with exports targeted at Great Britain and its Bessemer converters. This invention had brought down the cost of steel production greatly but it was a system that required low-phosphorus iron, which was scarce in Britain and abounded in Bizkaia, so foreign capitalists set their sights on the mountains of Triano, with its ideal raw material for this kind of furnace, its low costs and its ability to work opencast all the year round.

State-of-the-art technological innovations were implemented in this area, in cooperation with the best European technicians and engineers

The decline of this famous 25 km-long vein that juts out into the sea began when the richest seams were used up to feed the large steel mills along the Bilbao estuary. Competition then came from other types of ore following the invention of the Siemens-Martin furnace system, which could already work with ore containing high levels of sulphur. Logically, this operation was labour-intensive and people began to come from neighbouring provinces to work in the mines, which ended up attracting thousands who wanted to get away from the impoverished world of farming.

Using the funicular railway or driving up by car, we propose a visit to the mining areas and the towns and neighbourhoods created around them. It was an economic activity that marked an era and turned Bizkaia into the most prosperous of all the areas on the Atlantic coast. 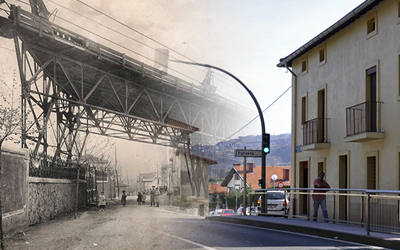 From yesterday to today 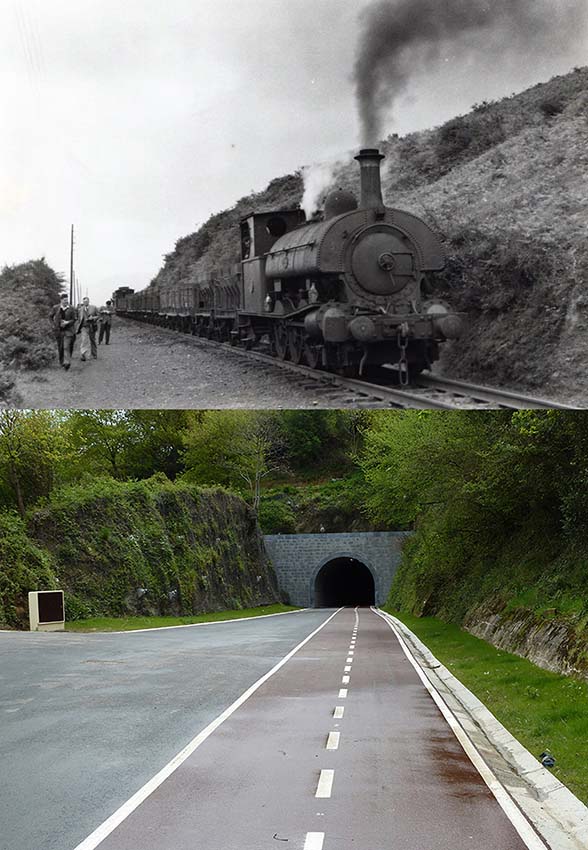 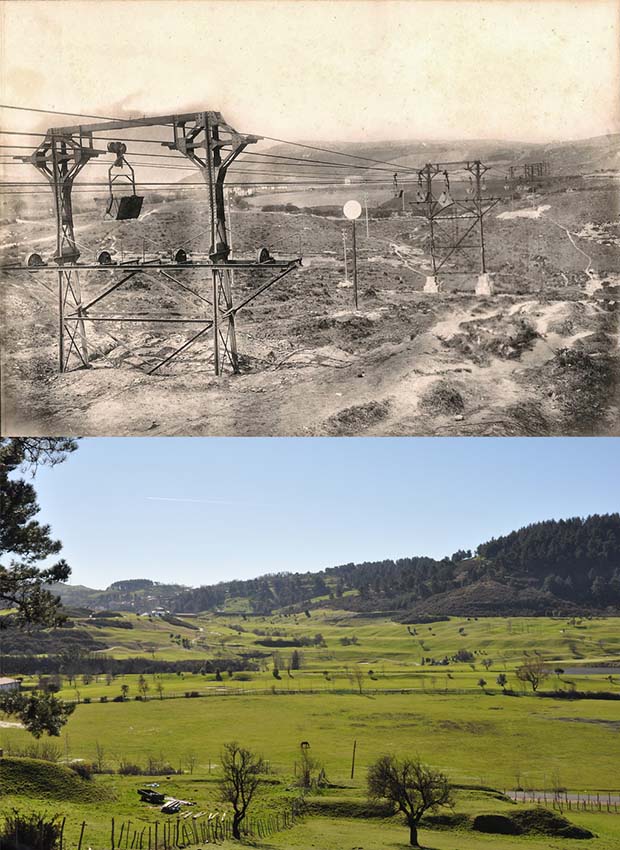 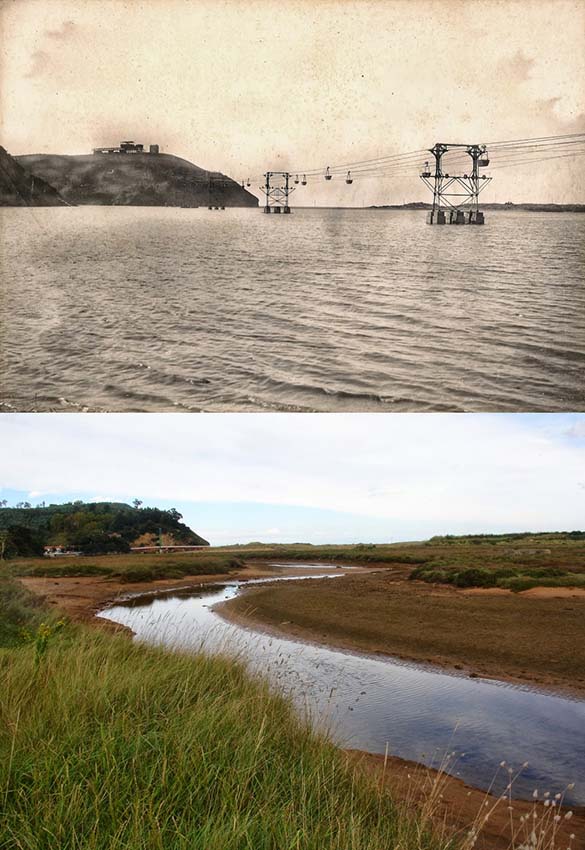 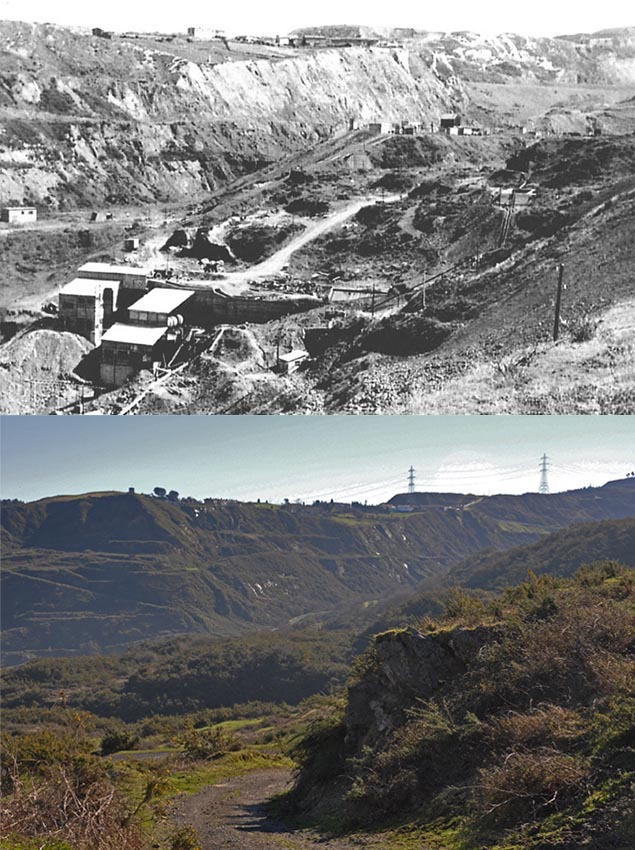 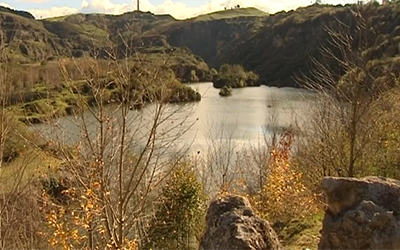 The funicular railway opened in 1926 (1) after 5 years under construction, and it runs from the La Escontrilla neighbourhood in the Valley of Trápaga to Larreineta every half an hour. It is the work of the Provincial Council engineer Francisco Guinea. The journey, at 2 m/s, takes just 10 minutes; it is 1,200m long, rising to a height of 342m on an incline of 35%. You will see great panoramic views of the valleys that lead down to the river and the port of El Abra.

Originally its purpose was to transport miners and mine trucks, as access to the top of the mountain was very difficult because of the rugged terrain. The funicular also has a peculiarity that makes it stand out over other cable railways of the period: the line curves to the right to reach the upper station, a characteristic not shared by many other cable railways.

Other features include a gauge of 1,200 mm and the fact that the carriages are removable. The carriage bodies are positioned horizontally on platforms, and as the two stations on the line have overhead cranes, they can be removed easily. As a result, the platform can be left empty, which in the past made it possible to transport vehicles of all types, with a maximum load of 9.5 tons.

In fact, because of the poor access road to Larreineta, this service was used daily by delivery trucks, fishmongers, charcoal sellers and even the hearse. Used before by over a million passengers every year, today this has fallen to a third of that figure.

The line was renovated in 1985 and until 15 years ago, was the longest in the state. Its two stations are a good example of regionalist architecture in the neo-Basque style, designed by Diego de Basterra. 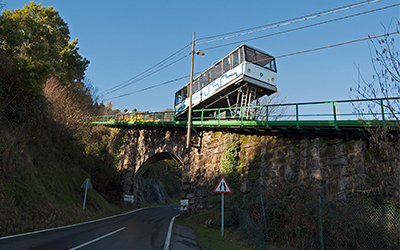 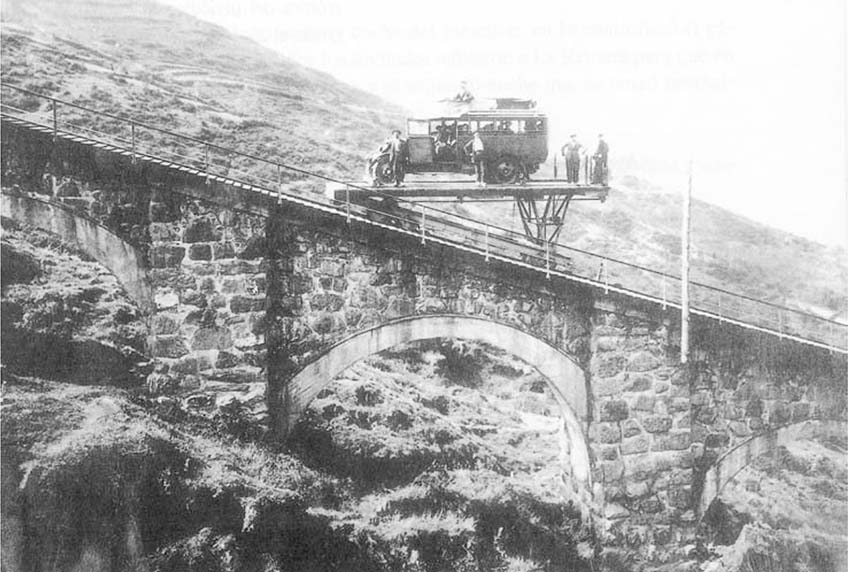 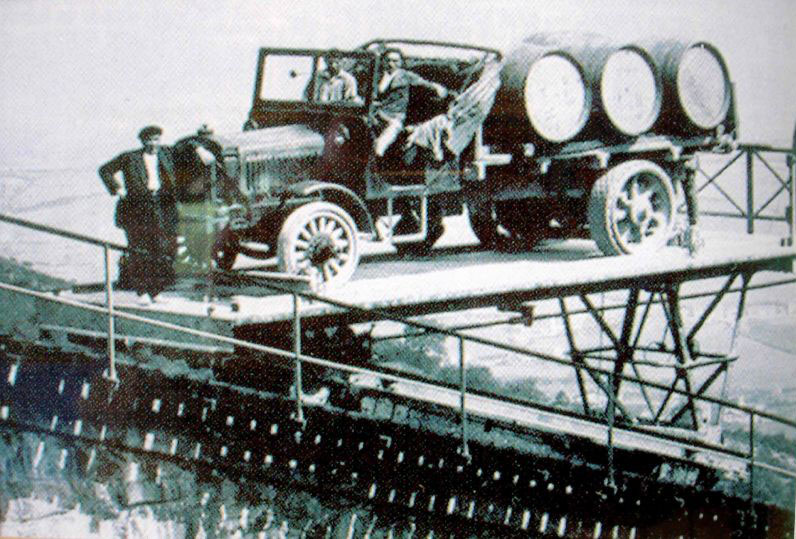 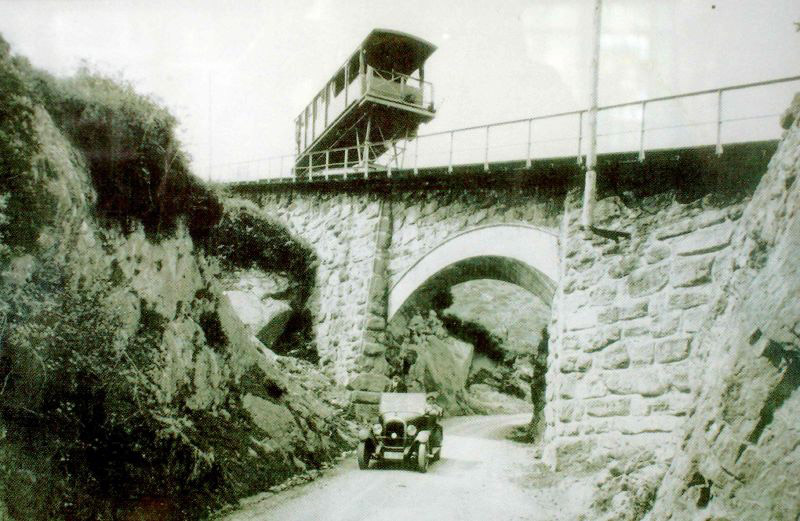 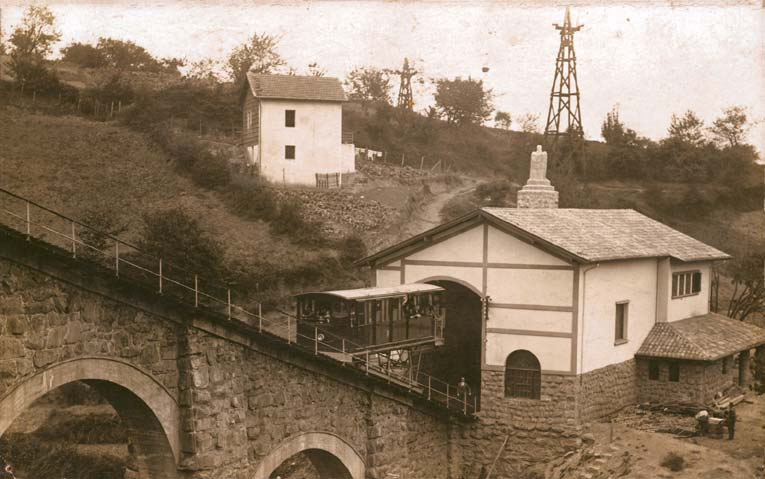 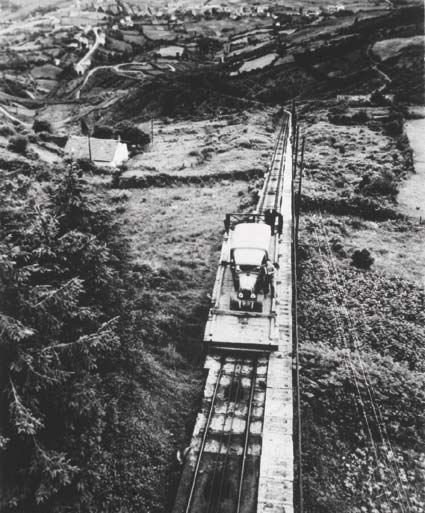 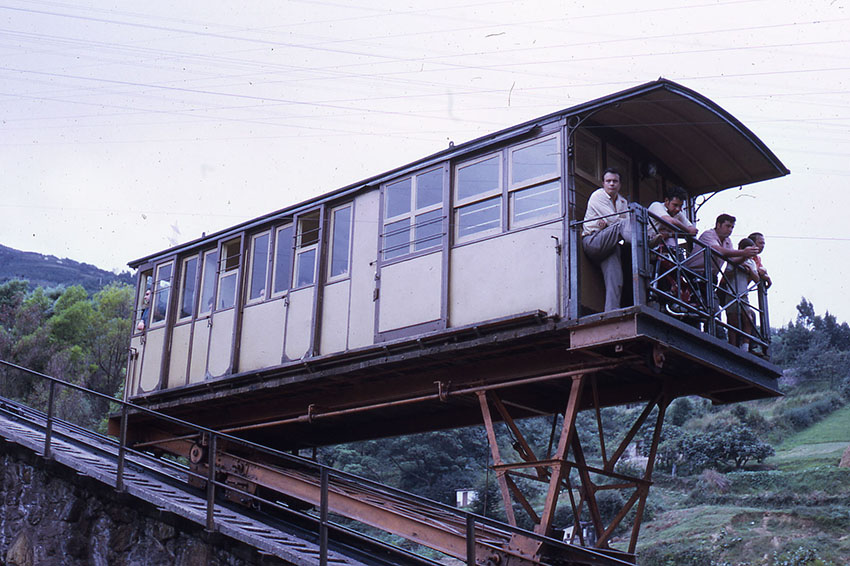 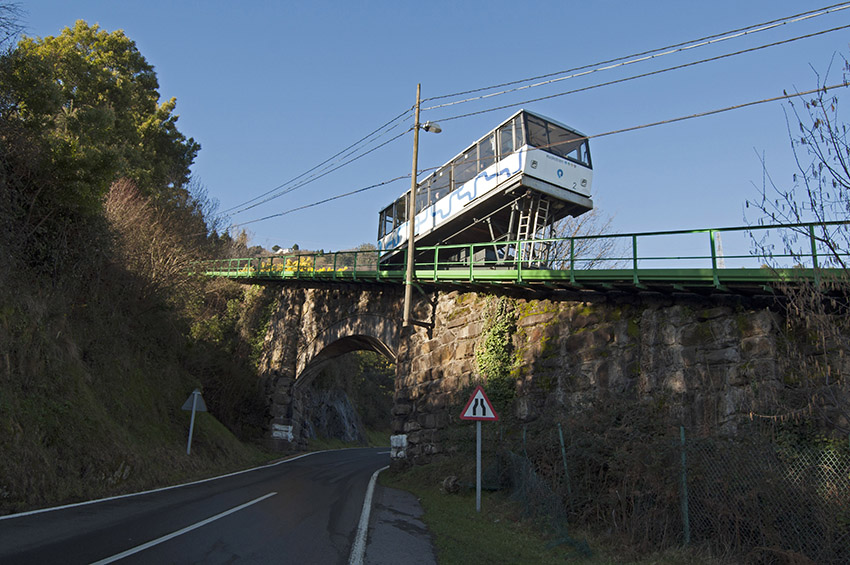 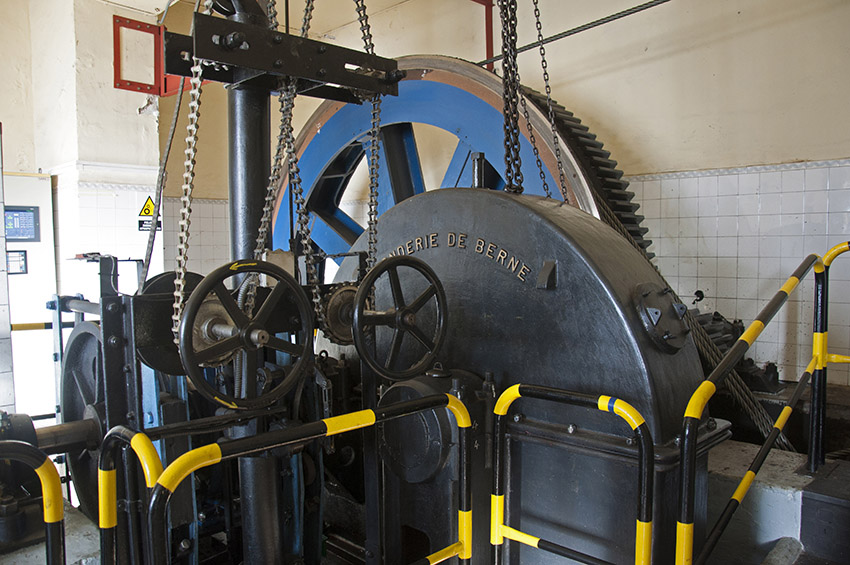 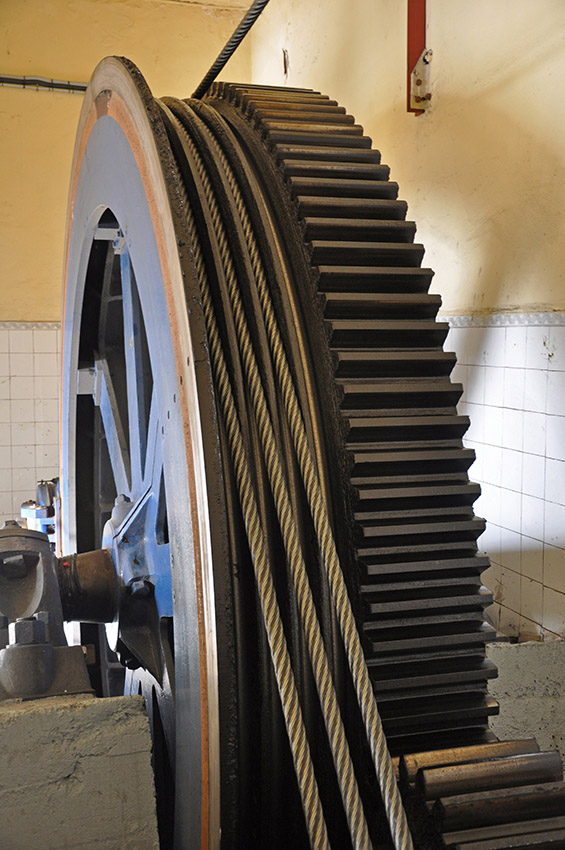 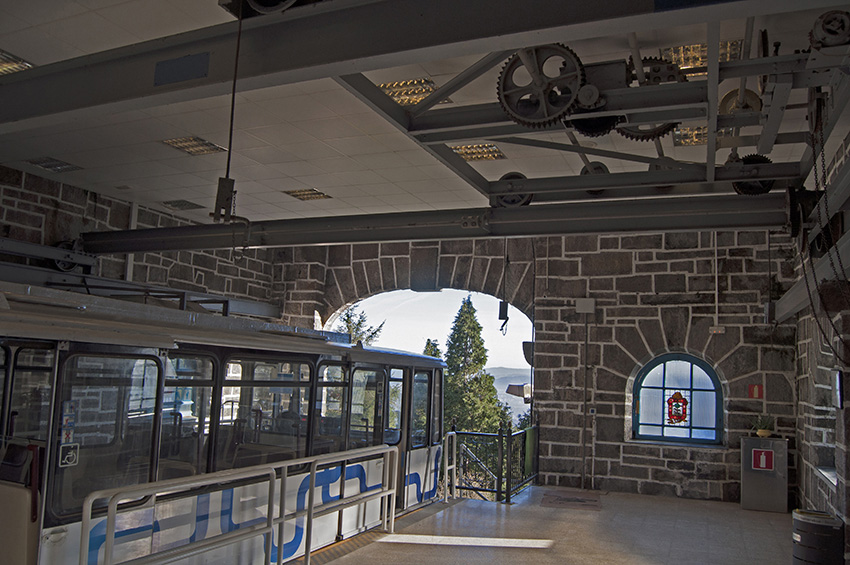 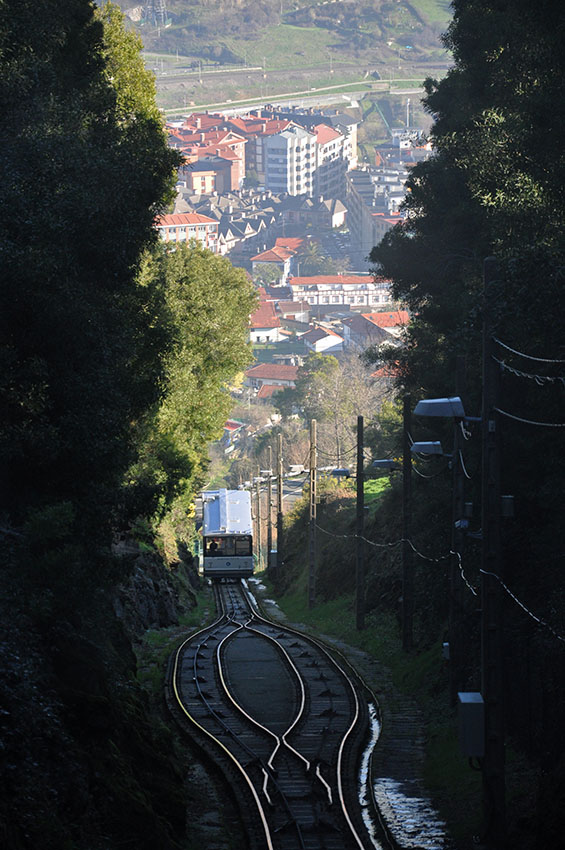 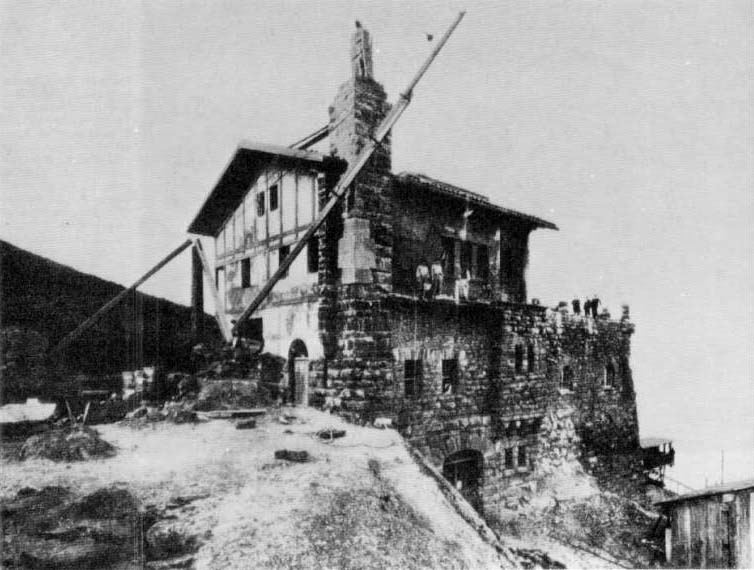 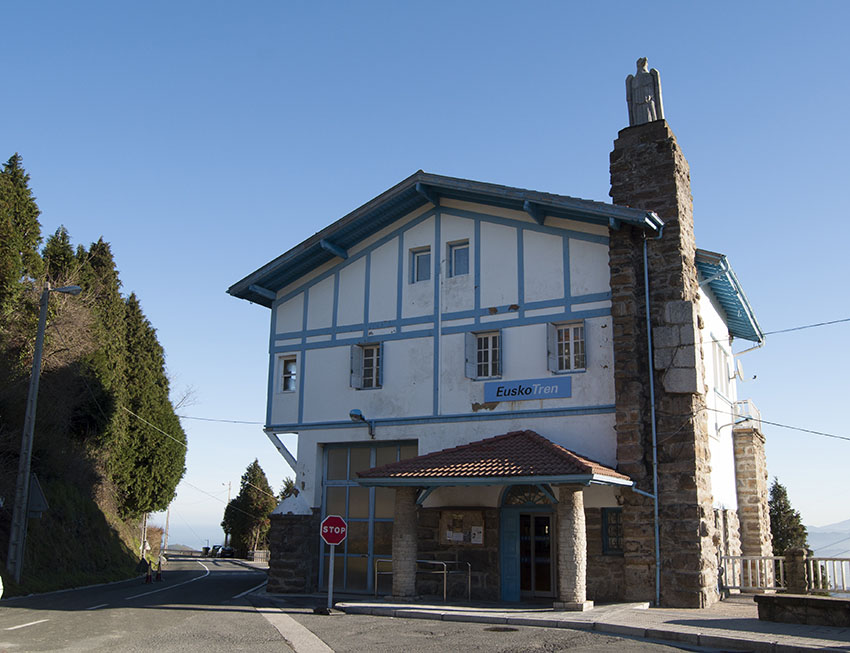 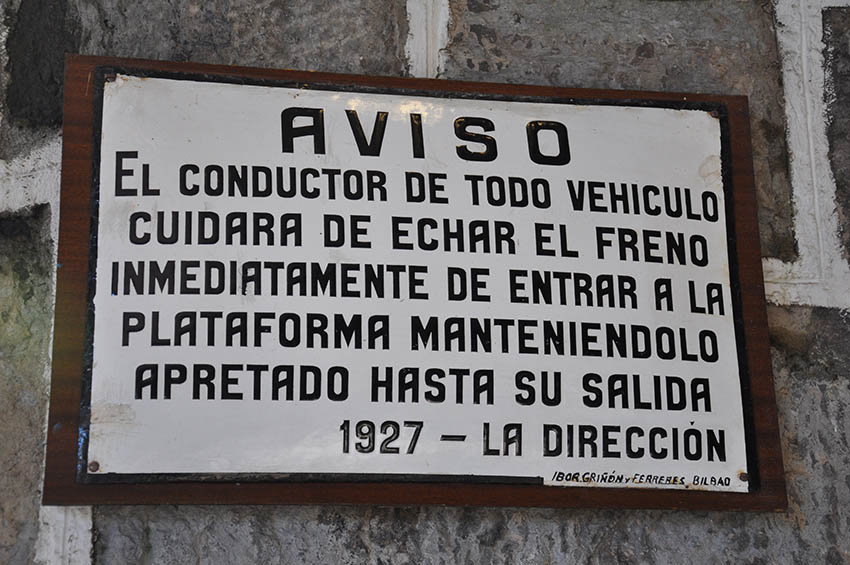 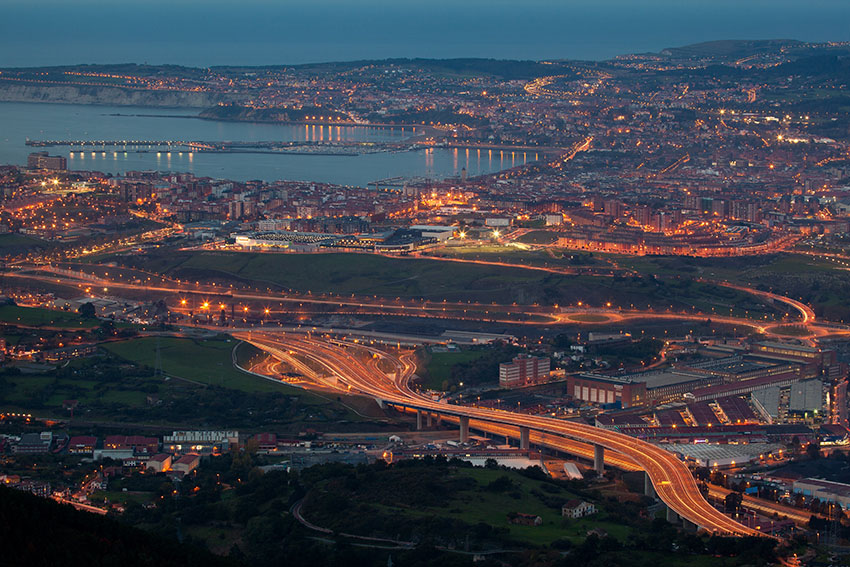 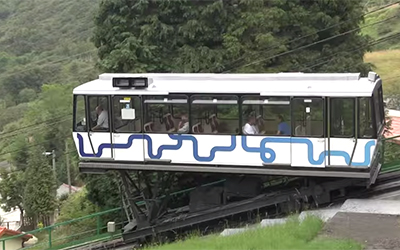